After success in the music industry since leaving The BRIT School, Hedara – aka Scarlet Billham – nearly died by falling into a diabetic coma. Little did she know that she had type 1 diabetes until she was omitted to hospital.

This led Hedara to revaluate her music and scrap everything to start again. Over the past couple of years she’s been working with a number of song writers including Ian Barter (Amy Winehouse & Paloma Faith), Carey Willetts (Dua Lipa, Freya Ridings, Dermot Kennedy) and recently found a connection with Mitch Jones (Jessie Ware, Ed Sheeran & Tom MIsch) who has co-written and produced two tracks from her forthcoming EP.

Hedara has picked up a number of fans along the way including Jo Whiley who has been a huge supporter, playing her tracks numerous times on her BBC Radio 2 show. Dermot O’Leary had ‘Skin Deep’ as his new music pick, and Tom Robinson added Hedara to his BBC Introducing Mixtape.

Hedara is becoming one of the go-to top line girls within the dance world and had recent hits with Audox, Covenants and Pablo Bravas, which had led to support from MistaJam at Radio 1 and Majestic at Kiss FM

She will be releasing her new EP in 2021 and supporting Hannah Grace in October. 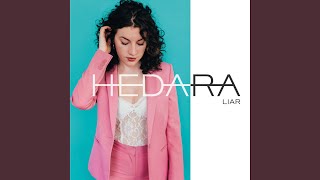